Citrus Club Orlando was conceived, designed and organized in 1969 by the Founding Board of Governors to set a new standard of excellence for private business and social clubs in central Florida.

Initially occupying only a portion of the 18th floor of the “CNA Tower,”* Citrus Club Orlando officially opened for the first time on January 17, 1971. In response to demand from its growing membership, the Club quarters were significantly expanded in 1982 to include the spacious Ballrooms and Citrus Grille areas.

Answering to significant demand in downtown Orlando for a private fitness facility, Citrus Athletic Club opened in the summer of 1985.

Today, the private Orlando social club that began with just a handful of Orlando residents continues to carry on the tradition of excellence originally set forth by the Founding Board of Governors nearly 40 years ago with more than 2,800 members – and still growing. The strength of Citrus Club is a direct result of the Club’s founding philosophy of “membership by invitation.”

*Known today as the Citrus Center.

We design our activities to fit the preferences of our Members, from guest speakers and networking events to wine tastings.

With exceptional programming, business and social events, Members build lifelong relationships and develop a network of connections that lead to personal fulfillment and invaluable memories.

Build your network of business and social connections at our special Member events. Our Members include local professionals, civic and community leaders and other influential people to enhance your circle of friends.

Our programs are designed to enrich your life with cultural, educational and business-oriented events to match your interests. Enjoy guest speakers, professional seminars and special Member clubs and events.

Watch our calendar for special traditions and events, as well as holiday dining features. We’re also ready to help you host the perfect party with catering for any occasion.

At the direction of the Board of Governors, please note the Club's Dress Code

During the day, Business Club Casual attire (usually dress slacks and a collared shirt) is acceptable throughout the Club quarters.

For evening dining, gentlemen’s dress in the Main Dining Room is always jacket or suit with or without a tie. Loaner jackets are available upon request.

Please note that Shorts, Sneakers, T-shirts, Hats, Spandex or Athletic Attire of any kind or color are not permitted in the club at any time. Denim is permitted in the lounge and bar area only and may not be torn or faded.

Ladies should use similar discretion in dress. Career wear or day dresses are suggested for daylight hours, while cocktail/party attire or business suits are acceptable for evenings. As with gentlemen, Hats, Shorts, Sneakers, T-shirts, Spandex or Athletic Attire of any kind or color are not permitted in the Club quarters at any time.

Work at Our Club

Enjoy the perks of working with the best and apply to join the Citrus Club team today. 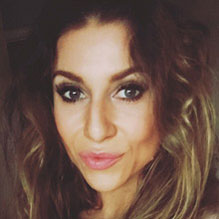 Originally from central Illinois, Traci received a Bachelors degree in Business Management from Eastern Illinois University. From there, she has worked for a variety of companies, including Walt Disney World, Villa's of Grand Cypress, Marriott and Continental Airlines and has lived in Houston, Cleveland and St. Louis.After joining the Citrus Club team as the Member Relations Director in 2005, she also became a Regional Field Specialist for ClubCorp, which helps coach and train new MRD's in the company.Traci will consistently share that she loves seeing the connections that happen at our Club every day. As part of her role is planning events for Members to meet each other, she truly strives to make sure Members are getting the most out of their membership. She also has witnessed so many business partnerships and friendships and believes this has to do with the quality of people that are Members of the Citrus Club.When not working, Traci enjoys enjoy spending time with family and frie...