A Pittsburgh Crown Jewel Built by The King

Treesdale Golf & Country Club has been a cornerstone of the community since its founding in the early 1990s, but its history dates back to the turn of the century. The property was formerly owned by Joseph Trees, a wealthy philanthropist with ties to the steel industry, and functioned as a working apple orchard for many years. Today, the Trees estate can still be found outside the community.

This same community is close to where golf legend Arnold Palmer grew up, so he was a natural choice to design the course at Treesdale. It was his first design project in his hometown, and when he initially walked the land in 1991 during the planning phase, he knew it was “going to be one hell of a project.” The course was created making use of the natural surroundings including rolling fields, apple orchards, lush forests, lakes and wetland areas. The course Superintendent at the time, Larry Napora, who is now at Firestone Country Club, went through the process to make it an Audubon Certified Sanctuary where wildlife can thrive. Palmer, nicknamed “The King,” said he was “not looking to make the world’s toughest course, but build a course that serves everyone. A course where you can go from a pleasant playing experience to a championship test.” After completing the course, he returned to play it three times, accompanied by a group of Members and fans with signs indicating they were part of “Arnie’s Army.”

The Treesdale neighborhood and golf & country club, one of only two in the area with 27 holes of golf, were part of the first masterplanned community in the area – an uncommon occurrence in the early 90s. Today, Treesdale continues to be the local social center where friends and neighbors gather to create lasting memories. Members enjoy annual traditions like fishing on the lake during the Fall Festival and getting in the holiday spirit during Night at the North Pole with everyone dressed in pajamas riding a train around the dining room. It is truly an experience like no other and a wonderful home away from home. 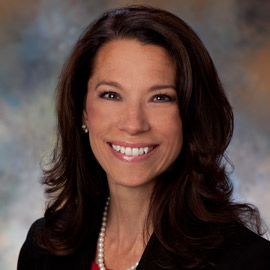 Born and raised in the North Hills, I grew up driving through the rolling hills and lush apple orchards of Treesdale. The sweeping views and scenery of western Pennsylvania are spectacular and I’m proud to live in Pittsburgh.Formerly the Director of Membership & Programs for the Greater Latrobe Laurel Valley Regional Chamber of Commerce, I was pleased to be part of a successful rebranding of the Chamber increasing membership by over forty percent and introducing new business networking opportunities for its Members. I had the honor of working with the legendary Arnold Palmer on the annual membership golf classic at Latrobe Country Club for several years and the opening of the Chamber’s Visitor Center on Route 30. I thoroughly enjoy sales, marketing, networking, building long-lasting vibrant relationships, and effectively promoting a strong organization.Joining Treesdale is truly a blessing for me, being part of a family community, and developing strong and genuine bonds with our Mem...